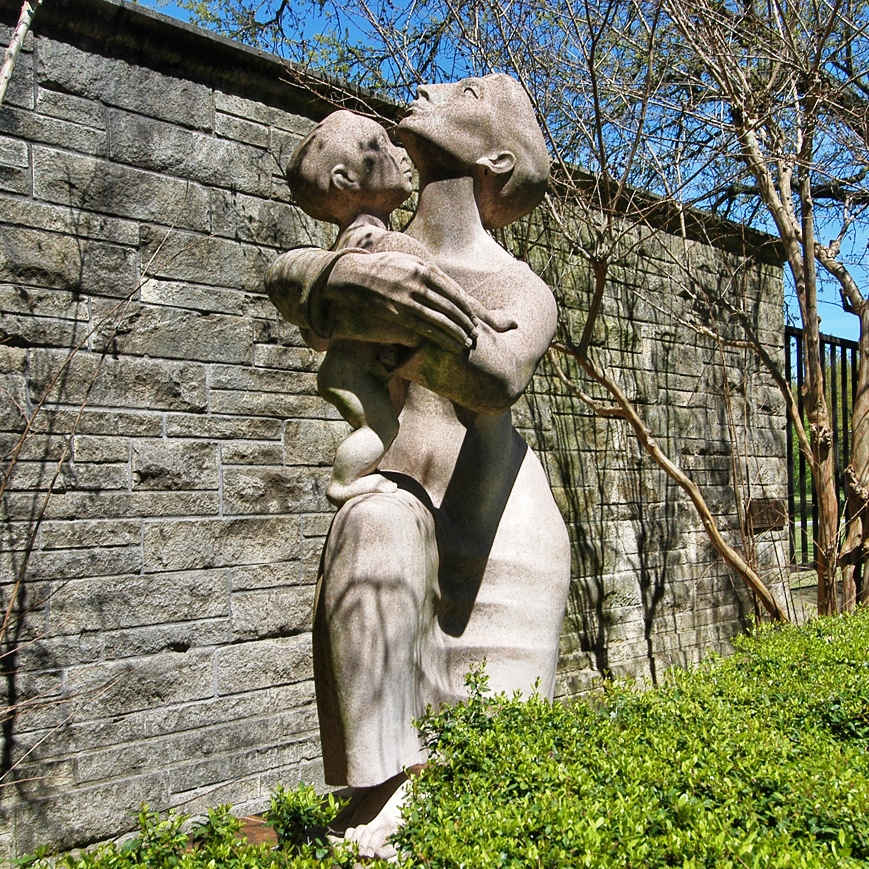 “Madonna and Child” by Charles Umlauf is located outside the Lois Perkins Chapel on the campus of Southwestern University. The sculpture is made of limestone. Umlauf was a noted 20th century sculptor whose work is also exhibited in Austin at the Umlauf Sculpture Garden. On September 1, 1953, “Madonna and Child” was placed in front of the chapel. The sculpture was a gift to Southwestern from Margarett Root Brown, spouse of Herman Brown and an alumna of the University, in memory of her mother, South Carolina Easley Root.